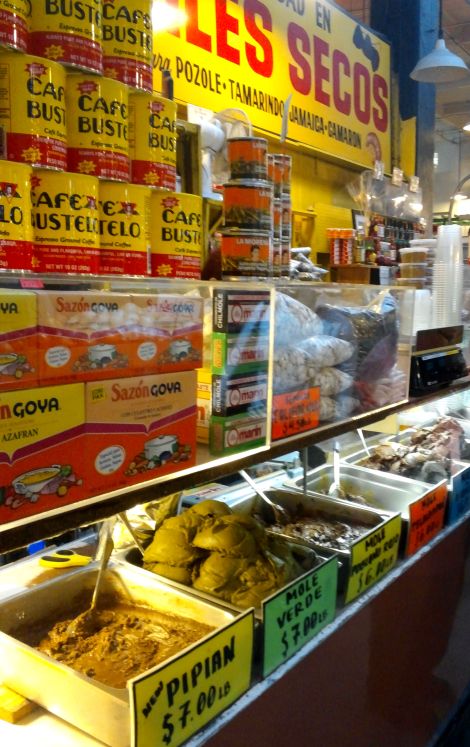 I was recently in New York City and while there I was surprised at what a “fearless explorer” I had become. I was all over that city, at all hours of the day. Public transportation? You betcha! I saw so much, for so little and had the best little solocation (solocation – a vacation you take by yourself. In this case, because I tagged along on the lovies work trip and he really had to work the whole time.)

But I also left New York with a little regret. Not about what happened there but about all the missed opportunities I had for solocations while I lived in Chicago. When I was in Chicago, I hated the Metra and I very rarely lingered in the city without an appointment to get to. I came in, handled my business, and was out. I’m so sad that I did not spend more time getting lost in the city. Fingers crossed an opportunity comes around real soon. I’ve totally got windy city withdrawals.

In the meantime, I’ve vowed to embrace LA (my home-again-home) with the same wanderer’s heart. Head up, eyes open, and up for anything. 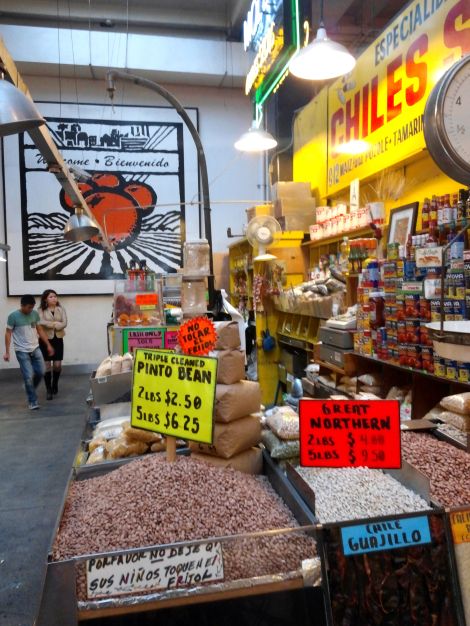 Side note: When I was growing up in SoCal (are people from southern California allowed to say “SoCal,” I forgot the rules) we only came to DTLA (downtown Los Angeles, I think that is new) when we were looking for shit. Let me explain, I can only ever remember going downtown two times. Once, when my grandmother turned my cousin and I into hair accessory (shit) resellers at the age of 14. I wore them in my hair and my cousin delivered the merchandise and handled the cash all before lunch. I can’t really remember the other time, but, they were both scary.

So it takes a little getting used to think of downtown as a place you might want to be. But it kinda is now. There’s still work to be done, but it has come a long way. 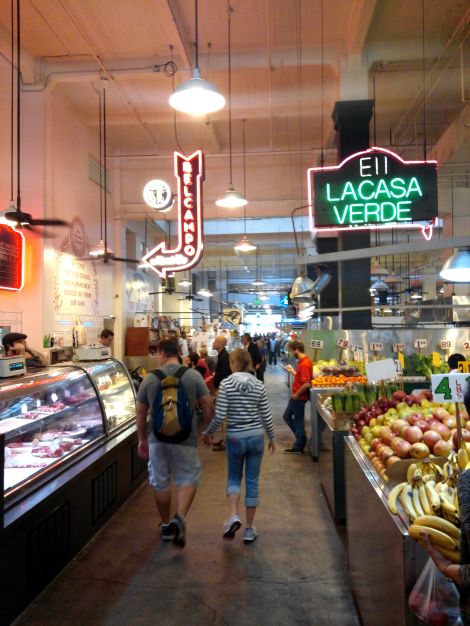 DTLA’s gritty history is still apparent at GCM and I kinda have a love/ hate relationship with it.

I love that it still feels culturally relevant. It has legacy vendors selling things I only recognize from distant memories from my childhood – handmade moles with smells and flavors that are distinctly Los Angeles. Vendors like Chiles Secos, who have called GCM home since 1975, ground the market but it’s new school vendors like trendy (read: crowded, overpriced and AMAZING) eggslut that bring all the Angelinos to the market. 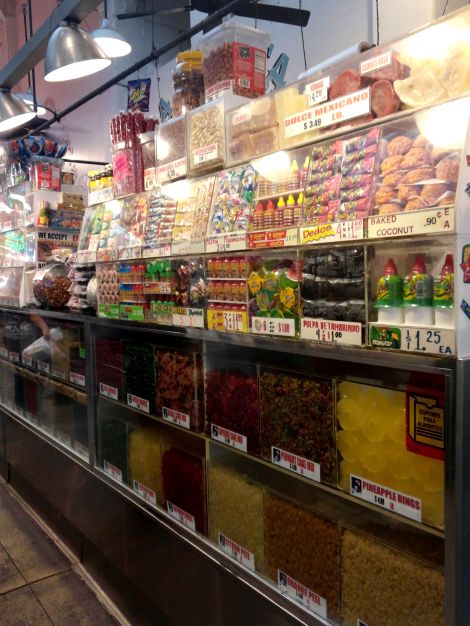 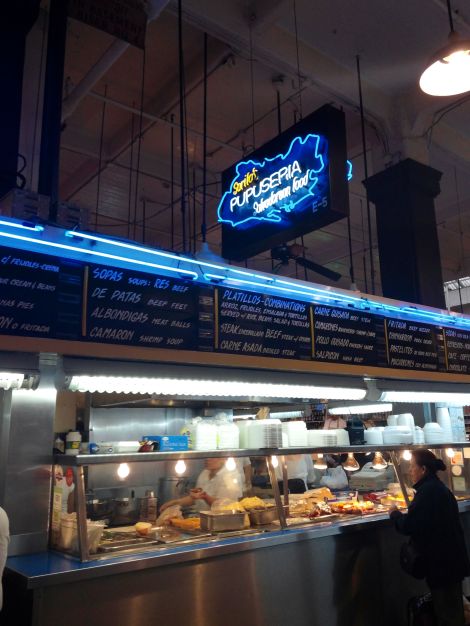 What do you think? Have you been? Camp Pupusa or (Better) Boocha? 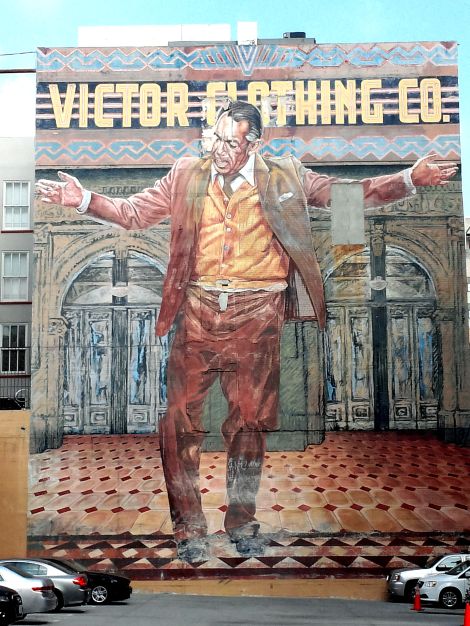 Plus there’s this. The “Pope of Broadway”.